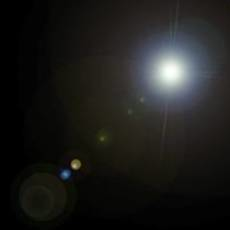 Set extensions and compositing matte paintings are some of the most spectacular and satisfying shots that a compositor can work on. In this tutorial we will be looking at a very simple application of the principles involved. I have also included an After Effects .aep version of this composite scene. Hopefully I will have time to write the docs for this later.

This is one of my favourite shots and one that I still have on my showreel, so I hope that you all get as much out of it as I did.

Matte painting integration: a brief example of adding some simple lighting touches to tie some still elements to a live action plate.

Combining multiple Roto shapes: a simple look at logical operations to minimise the amount of work necessary when matting shapes which animate.

Edge treatments and matte lines: we will also quickly touch on a couple of things which will ease the visual transition from Matte Painted still to live action plate.

This is a foreground plate shot for a short film I worked on a few years ago, actually what we have here is a composite of elements. All the elements on the right of frame were actually shot separately and then composited individually. However this is the only version I managed to restore from tape. This is Pal 16x9 interlaced footage, which will need to be manipulated for our purposes.

This background element is a quick Photoshop repaint of a stock photograph. I took the last frame of the foreground sequence and into Photoshop and cut a basic matte for the door frame. Then painted, retouched and generally manipulated this image to make it match the foreground, you will notice that I have left a note to myself about the res and pixel aspect of this image.

A �typical� lens flare. On the actual movie I used a stock footage flare but I don�t have access to that footage right now. In Photoshop I have just made an image filled it with black and used the render=> Lens flare filter with the 105mm Prime setting. Very Retro CGI