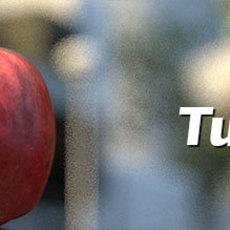 If you think that you have artistic brain and developing is beyond your possibilities, believe me, your just lazy.

You dont need any unique knowledge or special brain structure. You just need willingness to code and necessity of practical application of developing(and you defiantly have it if you work in Maya).

Coding could be hard only at the beginning, but the more you will practice the easy it will be for you. And finally you will realize that coding is also an art

From the beginner point of view programming in Maya allow us to execute particular action with many objects at once.

For example, double the intensity of all lights in scene.

Programs allow to automate a lot of process and shift human work to computer shoulders. Also, computer does nod make a mistakes, so result of execution of correct code will be stable and predictable. Every action that you can express as a chunk of code should be scripted.

Starting point for all code

All you need to write first block of code is open Python tab of Maya Script Editor and enter:

This is what all your code will always start from. After that line you will placeprocedures which will solve particular tasks.
As an original example lets write a procedure which will print: Hello World!

To run code you can:

Running code from a file

If you need to run python code from a file:

The best option to setup path for your scripts and run them in Maya is using wrapper. In this tutorials we will run code from Script Editor only.

Lists and loops are bases of coding. Loops allow us to do something (command) with a set of objects (list). So we have two major tasks in developing:

When you create a list, you need to keep this list somewhere to use it later. Your store objects or data in variables. In this code list is a variable: list = [object_A, object_B, object_C] which contain set of 3 objects.

Majority of projects executes with progressive workflow: from rough form in the beginning to refined result at the end. From general to specific. Writing code usually will flow vice versa:

Probably, all basic task you need to solve somebody already solved. Now days you can start to write your code just by asking google a proper questions. Proper question is a grate part of answer and this mean you have to find correct question to get necessary answer but google is smart and auto complete will help you even with that.

Sure, you have be familiar with python syntax and basic Maya commands and writing first block of working code may take days but the more you will practice the faster you will code.

When you need to apply some action to an object or list, this basically mean that you need to find a proper command that will execute necessary action.

Maya has awesome feature which allow to start writing code without any preliminary preparation. Anything your do in interface is written as Maya Embed Language (MEL) code in Script Editor. The name of MEL command usually the same as name of PyMel command, so often finding a command is an easy task.

Inspecting MEL messages is also a way to find an attribute to deal with.

OBJECT — anything you need to deal with in your code (Maya scene, light, shape attribute etc).
LIST — set of objects.
COMMAND — action that you need to apply to object.
PROCEDURE — is a set of commands.
VARIABLE — container for data.

Artistic way of writing code is finding MEL commands and object attributes in Script Editor in conjunction with asking google how to do something in PyMel.

Lets try to double intensity of all lights in the scene.
Search for: select all lights pymel. Go to the first link, at the bottom of the page in example section you will find a command which contain "light": pm.ls( geometry=True, lights=True, cameras=True )

pm.ls is a command which allow to create lists. This is command #1 your will deal with. Best friend for creating lists!

Now we just need to find a way to double light intensity with PyMel using coding algorithm.
Select any light in scene, change intensity value and look into history window of Script Editor where you should find result of you action in MEL language:
setAttr "spotLightShape1.intensity" 2;
It tells you: i set intensity attribute of spotLight to 2.
You have several syntax options to set attributes in PyMel. We can "translate" MEL above into python:

All this chunk of codes works separately with a particular object spotLightShape1. We need to join them and generalize to get working program for any scene. Another way to get or set attributes is:


To formulate procedure we will use variable named "valueCurrent" for data exchange ; store source intensity value for multiplication operation. Result of multiplication will store in variable"valueResult". You can give any name to variables but better use nice and descriptive names. The attribute we will operate is "intensity".

When you code become more complex you will find useful creating "reports" of code execution. It could be done with print 'any data you need to see' command which write in scrip editor any data you need. Here we print massage inside quotes print 'message' and replace {number} with variable values in brackets .format(value):


Creating a PyMel function from block of code with ability to change multiplication value:

If your will be able to build interface for this function you can consider you are PyMel developer.

When you will pass first painful steps and get awkward blocks of more or less working code you will need to move forward in developing. There are some rules which you need to obey to make next step:

Get common task examples and create your own procedures and tools!