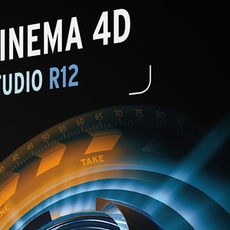 “Today’s release marks a significant milestone in the development of MAXON‘s professional 3D software and is a testament to more than two decades of programming excellence,” remarked Harald Schneider, CEO and co-founder of MAXON Computer. “Our development team made every effort to bring customer requested features that are easy to use, stable and powerful. Creative professionals from all industries will find unparalleled solutions to help them meet the challenges of today’s fast-paced production environments and create award-winning content.”

Key Highlights of CINEMA 4D Release 12
(Not all features are included in every configuration. Please see the Product Comparison Chart on the MAXON web site for more info) This release also marks a widespread reorganization across the CINEMA 4D R12 product line with the introduction of four editions offering a proven workflow and feature sets targeted to professional 3D animators, motion graphics artists, architects and designers. Paul Babb, president and CEO, MAXON US adds, “The product line reorganization is a practical step that gives all customers, from hobbyist to studio professional, clear choices when deciding on the features they need to deliver high impact, creative results,” he said. “Customers will also benefit from the streamlined and condensed product structure as it allows our team to better focus on developing new, exciting functionality."

[US Editors’ note: The CINEMA 4D Release 12 product line will be on display in the United States at the Content & Communications World Conference next month, October 13 – 14, in New York City.]

The CINEMA 4D Release 12 product line includes breakthrough new editions that cater to the creative workflow needs of professionals in specialized 3D markets, as well as an upgrade to BodyPaint 3D, MAXON’s highly acclaimed high end painting and texture application, as follows: A Product Comparison Chart is available on the MAXON web site.

MAXON will no longer be offering individual modules for purchase.